Let's start with some things I liked. BOUNTEOUS (Liberal) is a word that gives and gives, and CHINTZY (Gaudy and cheap) is certainly not just a throwaway entry. I don't love the modern term MEGALOPOLIS (Heavily populated urban complex), but it's funny to think that the original city of MEGALOPOLIS that was founded in Greece in the 4th century B.C.E. now has less than 6,000 inhabitants - far less than it did back then! 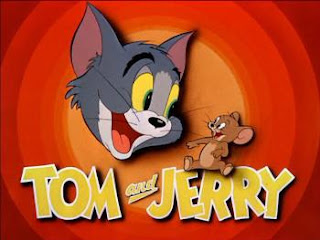 COCHLEAS (Parts of ears from the Latin for "snail") brought me back to high school bio, and SODAASH reminded me of the old "chemistry sets" I used to play with in the cellar when I was little. It's a wonder I'm still alive.

There's a bit of a French vibe today with CLOISTER (Shut up) (not actually French, I know, but it comes through Old French), MISENSCENE (Staging and design, to a dramaturge) (actually French), STLOUIS (named for the only French king to have been canonized - in a good way), LEEK (What the French call "poor man's asparagus") (never heard that), "Victor in France, once" (HUGO), Switzerland's LAC Léman (that's Lake Geneva to you and me), NINON (Sheer fabric) (never heard of it, but it comes from French, apparently), and ADIEU ("Fare thee well!").

So that's all good. What I did not like was WINSOMER. You find me an example of that word in print before it appeared in this puzzle, or proof of anyone saying that word, ever, in history, and I'll be SETATEASE. Until then, I hate it. I know it's technically possible to form the word - one of my brothers likes to argue that "funner" is a perfectly acceptable word, but I argue otherwise. I liked a lot of this puzzle, but that SADDENED me.

But let's end on a happier note. Favorite clue: "Something you can count on?" (BASETEN). Ha!