I'm in a good MOOD because I broke the six-minute barrier with today's puzzle. I think I might even have been able to go a little faster if I had been solving on a real key board instead of an iPad screen.

It was easy to get right INUIT with "Unruly throng" (MOB) and "Sound heard in a long hallway, maybe" (ECHO). Even this sports-challenged solver was able to drop ASTROS in from the clue "Houston team." Other clues I enjoyed were "Happen next (ENSUE), the amusing "Rock band that electrifies audiences?" (ACDC) and "Words spoken after a big raise?" (IFOLD), and my favorite "Pants holder-upper" (BELT) - ha!

Such a speedy solve speaks, I think, to good, clear clues, but does not leave much to talk about in the way of sticking points. On the other hand, there is plenty to say about the theme - a NICEIDEA that features jumbo structures from three WORLDSFAIRS. I know a lot about the EIFFELTOWER, because it's a favorite and in a great location :), but less about the SPACENEEDLE, which I have been to, but not up in (heights aren't my bag), and even less about the no-longer-extant Chicago FERRISWHEEL. Who knew Ferris Wheel was an eponym? I learned that fascinating fact along with a number of other interesting scraps from its Wikipedia article. The accompanying photos of the giant wheel dwarfing its surroundings are pretty cool. A related structure that I've also visited is the replica of the Parthenon in Nashville, created for the Tennessee Centennial Exposition, apparently, which is also a b'UTE. 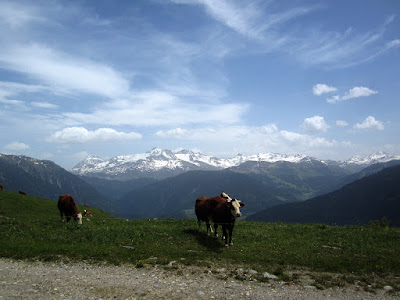 I am glad today's puzzle was on the easy side because tonight the Boswords Spring Themeless League tournament starts tonight, and if past experience is anything to go by, I'll need my little grey cells firing on all cylinders to solve the puzzle in a respectable amount of time. Let's hope I'm not reduced to BRUTEFORCE.