Tough finish to the week for this solver. I got in under an hour - but just barely (56:15). There was so much I didn't know! That problem combined with what seemed like a small amount of overlap between sections really kept me FARFROMIT for quite some time. I was in trouble right out of the gate with1A: "Singer with a supporting role in 2019's 'Hustlers.'" I'm not familiar with the movie or LIZZO, although I did take the opportunity to listen to what appears to be one of her well known songs, "Cuz I love you" - not bad! Of course, song reviews isn't why you called me here. Back to the puzzle! After LIZZO, my difficulties continued with TRIMSPA, ISHTARGATE, HYDE, CORA, PICAROS (a BIGASK for this solver), MAYA, and finally, DEUS, although that last one I was eventually able to guess, despite my lack of familiarity with Arizona's state motto. 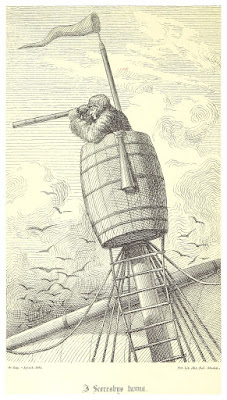 Fortunately, there were some answers I did know straight off: ERIK (I surprised myself with that one), PESTO (fun clue!), SPARE, PESO, SPAMS, YETI, USAIN, MIDAS, STPAT, and PREGO. With at least some solid answers in place I was able to slowly chip away at the empty squares. The toughest spot for me, and where I finally finished, was the southeast. In addition to all the answers I just didn't know, I made things worse by being convinced that PIrAteS for "Rouges" and GdP for "Economic fig." (instead of GNP) were correct, and THUS leaving them in for too long. :(

Elsewhere, there were AWS of both kinds to be found, including among the  amusing QMC's "One who's got the bug?" (SPY) ; "Not your average joe?" (LATTE) ; and "A little bit of everything?" (ATOM), plus the clever non-QMC clue, "Out of the picture, say" (CAMERASHY) - ha!

I confess to a few AWS of the disappointment kind where I felt there was some C/AP dissonance, particularly in "Unable to stay away, say" (BACKFORMORE), "Assail" (SETAT), and "Crux of the matter" (PITH). I'm not saying there's anything wrong with these pairs or that they aren't appropriate for a Saturday puzzle - the constructor would be well within his rights to say, THATSONYOU, Frannie, and he'd be right - just that they didn't sing to me the way some clues and answer pairs do. "Wishes undone" for RUES and "Reckon" for SURMISE are more what IHOP for in a puzzle.