Was it just yesterday that I said I don't FWOE so much these days? I ask, dear readers, because I FWOED again today. I had the entire grid complete - rebii and all - except the first square of the second word of the revealer, which, unfortunately for me, crossed a Down I didn't know ("Georgia senator Ossoff"). I mentioned my predicament to Horace this morning. He said I should be able to figure out the name of the "classic sports video game" if I put my mind to it. So, I ran the alphabet, thinking the answer would jump out at me. Well, it might have, except that I kinda sorta skipped over I J and K, like you do, because they aren't worth the effort, until they are. So, I ended up in the incorrect 'rAM'/'rON'. The right answer is NBA JAM and JON Ossoff. I must admit, NBA JAM *is* a particularly apt hint to the rebus in today's puzzle for which one must jam the three letters N B A into one square - so apt, in fact, that I have to credit Horace's contention that I could have figured it out. Come to think of it, one might argue it's even more apt - or apt on another level - this being March, and all. Isn't there something called March Madness that relates to basketball? I kid, I kid, I know that's really Spring Training. Of the theme answers my favorite was SUSA[NBA]NTHONY, although CANADIA[NBA]CON isn't the wurst.

I also spotted a small sub-theme of various monies: Swiss bread" (FRANC), "Divisions of a krone" (ORE), "Not worth a ____" (SOU), and "Bread" (DINERO) - maybe because sports ball is so remunerative? 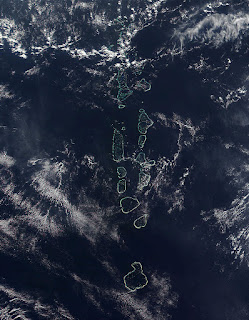 Nice hidden capital with "All alternative (TIDE), along with some clever QMCs: "Still making cartoons?" (CEL), "Lower?" (COW), and "Bumper-to-bumper activity?" (PI[NBA]LL), and "Space oddity" (UFO). I enjoyed CUKE and POTSHOT as fill. Also, I can't wait to use my "Stamp collector?" (PASSPORT) again!