This one took a while to get going. I had SOCHI at 1D, SELA at 14A, and ISLAM at 34A (nice clue there, referring to Mr. Stevens). Then things started coming together in the SE, and when I got 21D: Encyclopedia volume on poverty? (RAGSTORICHES), I got the theme, and it went from there.

A lot of interesting answers and clues here. METACOMET was a chief in the 17th century in the Rhode Island area. His brother was Wamsutta, a name I recognize much more readily, as Hope likes to say it from time to time, although she's referring to the towels and bedsheets, I think. It's a nice parallel to another name, TIMBURTON at 30A.

MYSHARONA took a while to see - I had the M_S____ and couldn't get the Y in the middle. The song itself, as I recall, is on the catchy side. JERUSALEM is also a nice entry. 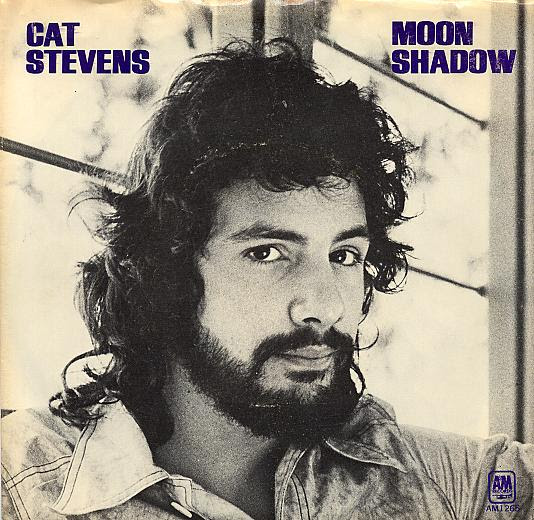 For clues, I liked 13A: Millennium starter (ONEAD), in that it's not the millennium you expect, and the answer isn't a Roman numeral. 24A: Republic founded in 1836 (TEXAS) was also a mild surprise. 27A: Paperwork? (ORIGAMI) is fun. 36A: What no two people can do? (SOLOS) is very clever.

55A: Stick by the front door (CANE) is very well done, and the kind of clue I'd like to see more of, where a word can pivot between noun and verb. Another example is 42D: Bugs might be seen in one (CEL), although that's more of a hidden capital. For the record, Cece got that one almost immediately. She's got a shifty mind, that one. I also like 52: Word of pardon (AHEM). That's some fine cluing.

The theme is fun, but as Cece pointed out, once you get the idea, all you have to do is find where the TO will be, and it gives you more information. For example, at 7D, I had ___TON____. That meant that the first letter was going to be N also. Anyway, I liked NEXTTONOTHING and RAGSTORICHES the best of the four.

One down note came at 1A. I have no idea who David SELBY is, and I've never watched Dark Shadows. Similarly, 35A: "Dragonwyck" author Seton (ANYA) is a complete unknown. In any case, all the crosses were fair, so I have no issues. Nice puzzle.