I am sorry the review is so late. I had locks and locks to do today.

What's in a name? In DUNCANPHYFE's case, the answer is DUNCE, poor dear. Hopefully, he never put two and two together. Although, as a cabinetmaker, he probably put 2x4s together. On the other hand, flourishing as he did in the early 1800s, maybe they didn't have 2x4s. It's late and I'm getting a little TAFT.

The other words revealed by strategically placed circles are fun. I've been throwing around the word CHUMP quite a lot lately when talk turns to politics. Would you believe that chump rhymes with rump, grump, plump and frump. Who knew? 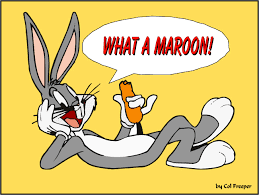 Despite the liberal sprinkling of abbreviations and partials (ASSN and ETTE to name just two), plus ATA snail's pace and "AMI the only one?" I liked the fill in general and the puzzle as a whole.

I thought 38A. Rapunzel's bounty (HAIR) was rather good. I enjoyed 65D's clue, Soused, and answer LIT. I can't help but think of Auntie Mame's book launch party whenever I encounter that one. 29A. Scissors topper, in a game (ROCK) is also fun. And we finally get ISAAC (Asimov) and UFO together again. SANKA (41A. Instant decaf brand) brings me right back to my UTE, when I would make coffee for my Dad and Uncle Bill when he came over to play cribbage.

My lock for best-in-grid today: 44A. High point of a European ski trip? ALP. Ha! Clever clue for the oft-appearing elevation.

Things are starting to blur. Apologies again for my 'tardiness. I hope this whole thing's not a epic FLAIL.