I had one error that was really dumb. For 116A. Starting point for Pompeii tourism, I entered NAPoli, which fit like a charm on its own, but caused some crashes on the downs. So, I took it out. But, dear reader, did I swap it out for NAPLES? No, I thought to myself, hunh, I guess I don't know that one. I might have been saved from my own obtuseness had I known crime writer Joseph HANSEN. I guessed HANSoN. Blergh. 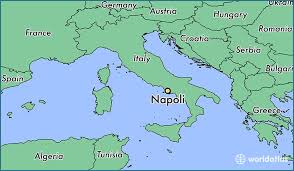 The other error came at the cross between 31D. Youth detention center in England (BORSTAL) and the very excellently clued 66A. Call before reserving? (LET). I never once parsed reserving as re-serving. Lovely. If I had known the detention center, I might have figured out the clue, but, I didn't.

But, enough about me, how about today's stop & go theme? I did the puzzle on the app, which doesn't show color, but thanks to the heads up under the blinking "i" and the well known expressions involved, I had no trouble with the theme answers. It is a marvel of puzzle engineering, if you ask me, which you didn't, but it's my soap box for the moment. :) Both the concept and the execution are first-rate. Maybe the best one is the self-referential 92A. Illegal action shown literally in this answer? RUNNINGA[RED]LIGHT. It works on so many levels.

There was a lot of great fill, too - apart from the now-very-tired ONEL (sorry you didn't get your wish englishteacher59).

Here are some of my favorites:
43A. Fill-in-the-blanks diversion (MADLIB)
85A. Trembling (ASHIVER)
91A. Meeting around lunchtime (NOONER - for real this time!)
4D. One going for a board position? (DART) - ha!
13D. Mobile home: Abbr. (ALA) - Another one for the abbreviation clue hall of fame!

I liked 1A. (It's accommodating) quite a bit. It's tricksy on both the clue and answer side, but gettable. I give it an A.