Another triumph for Mr. Collins! or Edifice Rex, as he might aptly be called after today's puzzle. 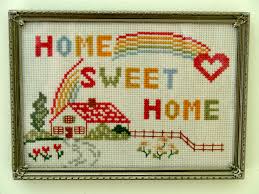 Today's shape-y theme had a strong foundation and some nice amenities. For starters, there were a number of European touches inside that appealed to this customer including RUHR, ISERE, OPEL, and STE Jeanne d'Arc. It was nice that PSY showed up. Remember the video? That was a real hot property. 59D and 60D make a nice pair of primates, plus or minus hair. Also, I love the words DRENCH (50D) and TROU (43D).

I was excited to see Shere HITE's name; we have her papers at the library including some interesting surveys that might suit a different interpretation of 34A. Swinger's target at a party...

Speaking of which, the PINATA-style swinger had me stumped for a some time and held up the solve because I didn't know Ms. UTA Hagen, I was stuck on the eyesight meaning of 20-20, AND I was thinking 'pic' for 27D. Something a scanner scans, in brief. DOH! (UPC is better).

I don't mean any DISrespect, but I thought there were a few possible fixer uppers:
In the category of ungainly plurals, we get 39A. ASHTONS - egad, can you just imagine?!? Huygens, please make a note of it.

49A. Certain military hazards for short (IEDS) doesn't really explode with excitement, but it does make possible the very excellent. 11D. STOPTHEBLEEDING.

1A. RODS gets a C+. The clue, Shapes of bacilli bacteria, didn't really draw me in, but the answer IS a shape.

That's probably enough out of me. I'll get back to my NEEDLEPOINT.