FWH-NE (finished with Horace, no errors)

Horace and I each worked on the puzzle separately to start. When Horace asked me how I was doing on it, I said I had the whole right side done and was stuck on the left. He said he had the whole left side done and was stuck on the right - a match made in heaven, am I right? Not so fast. It turns out my right was my left and my left was my right, so we were both stuck in the same place. That being the case, we decided to finish the puzzle together.

I got SALAMIS (another ungainly plural to add to the list (and, btw, a B-level 1A)) and ALOUETTE right out of the gate, which made the northwest quite easy, despite the fact that I was not familiar with either white arsenic or RATSBANE. 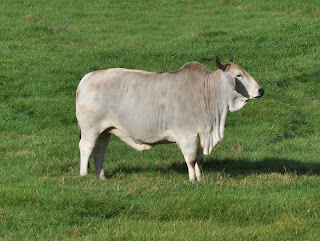 Following the route I took through the puzzle, I'll say that I loved ACCURST (34A. Ill-fated, old-style). There's something rather nifty about a t-ending past participling adjective, don't you agree?

I thought of ESP the first time I read the clue for 46A. Debatable ability, but I didn't think the clue was specific enough to necessarily be ESP, but then it was. :)

I'm not sure SODOPE is all that modern. According to the Oxford Dictionaries blog, "‘dope’ made the leap from noun to adjective and, more importantly, from negative connotation to positive connotation" in 1981. That's almost as old as I am. :) SAMESEX as a type of union seems to have dope beat.

Over in the east, Horace had entered WALDO, which allowed me to fill in all the downs in the top section. I did, as I always do, stumble on your islands and towns that start with ST, and then a consonant, in this case, K. I say to myself, that can't be right..., but then it is. Maybe we can all agree to call these types of problems STKITTwo moments. :)

The clue that broke the final logjam, created, for me by ONEL and STEFAN, was 41A. (One might start working on Black Friday) MALLSANTA. Excellent.

In sum, I think Horace and I did a PARI good job on this one. :)