I solved this puzzle at an all-day staff retreat. I thought I'd have plenty of time to work on it while the bigwigs talked at us, but it turned out that we were supposed to participate and contribute the whole time - like animals! On the upside, I learned that our director is also a NYTX solver. Maybe I'll get a raise. :)

The anagram clues had me wondering for a minute or two. I wasn't sure how an eight-letter word could anagram into an 11-letter word, but it soon became clear that it could anagram easily into two shorter words joined by "and." GINANDTONIC and KISSANDTELL might be my favorites. Maybe those two even kinda go together. :) 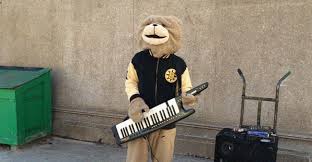 I wasn't super sure how to spell LAMOUR (24A. Dorothy of "Road" movies). I had LAMaUR in there because my first thought for Sired, biblically (39A) was BEGaT, but that looked a little funny, so I fixed it up, and then it wasn't funny. It was correct.

I was intrigued by PANAM's "flying boats" from the thirties and forties (1A: B- (clue too explain-y)), so I looked them up. Pan Am had a series of planes called Clippers. According to the Wikipedia, a Boeing 314 flying boat flew from LaGuardia to Lisbon in 29 hours 30 minutes. A direct flight from JFK to LIS now takes 7 hours. I was happy to see Cribbage mentioned in the puzzle - a favorite game from days gone by. I also liked MOT for witty rejoinder, even though I rarely see it without its 'bon' companion.

I found EMBED as a noun a little UGLI. I hope no one gives me the EVILEYE for this, but I started to wonder if any EMBEDs had ever taken PANAM to see the EBOLA river. But I suppose that's MOOT.