I ASSUME (B+) you all liked this puzzle as much as I did. I busted an LOL when I figured out two of the theme answers DRPEPPERSPRAY and DRWHOSYOURDADDY. Ha! 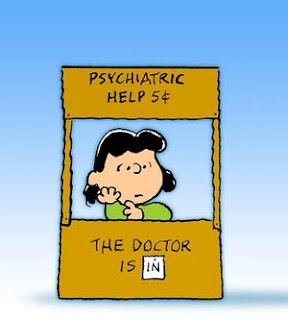 I also just generally liked Mr. Vigeland's use of language throughout the puzzle. There, I said it. When I sat down to write the review, I started typing out clue/answer pairs that I thought were good; the list went on and on. I ended up with 24 pair, which seemed like too many to include in the review, but we'll see. I may need them to pad this thing out. :) I am compelled to call out some of my top favorites, especially the nicely contemporary HUGITOUT (16D) - does anyone really resolve a dispute that way? Maybe they do just by suggesting it. :)

In addition to HUGITOUT, there were several other contemporary references such as SEXTS, HAHA (Facebook reaction button - who knew?), MEH, UBER, and GIFS (Loopy little films?). I think Mr. Vigeland must be one hep cat.

There were only a few items that caused me to POUT.
26A. In ___ (gestating): UTERO - TMI.
55A. Nosy person's request: (MAYISEE) - That's one polite nosy person. I was looking for something more personal and buttinskyish like howmuch or saymore.
29D. Knight's greeting: (MYLADY) - I actually like this one, but it struck me as a little random.

Overall, just what the doctor ordered.