Maybe I shouldn't solve a puzzle late at night on the sedation side of a couple of cocktails. I "finished" the puzzle rather quickly, but did not get congratulated. I ran through the puzzle and fixed dumb mistake after dumb mistake and was still met with silence. I didn't find the final mistake until I looked at the puzzle again in the morning. It was good night IRENe, good morning IRENA. :|

The theme answers were entered per decree merely met the letter E. Kind of cool for those three people. I wonder if they ever think about it. ELLEN might. 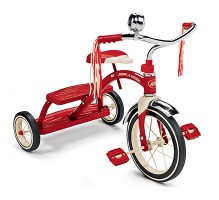 While the clues were pretty straightforward, the fill was solid. DEVILEDEGG and LITTERBUG are both nice. Well, they're nice words. I'm less fond of the things they represent, especially LITTERBUG. Who does that? JEWELER, REGALIA, and RETWEET are also strong. I often consider words in puzzles with a "RE" prefix to be a bit of a stretch (for example: puts on clothing again /*redresses), but RETWEET has the distinction of being a legitimate word because it's a thing people actually do with some regularity.

Mr. TEBOW showed up for work again today. And ONEL was back! I am beginning to get a little homesick for ELHI.