30:16
FWME
I didn't have just AMAJ problem with this puzzle, I had a COMBO. I ran aground in two spots in the lower right corner, partly because of an error, and partly from not knowing the answers. :) Had I known 54A. First name in gospel (MAHALIA) or 55D. Neighbor of Majorca (IBIZA), I might have noticed sooner that entering Xmen in 70A was a mistake. I also had trouble a little farther to the right. I don't feel bad about not guessing 58A. Mental flub (BRAINO): as Horace succinctly put it: Yuck. However, I should have known LANIER, as Horace also correctly pointed out. He is featured in a bit in Airplane! that I often quote, but that I just as often ask Horace to remind me of the name of the basketball player in that quote. Maybe I'll remember it now.
I did like the rebus answers. There's something very satisfyingly solid about words that have the syllable JACK in them, with my favorites from this puzzle being [FLAP]JACK, [JACK]CHEESE, and [JACK]ASS - an A-level 1A if you ask me. I also like the word jackpot, but am less thrilled about [JACK]POTS for some reason. The plural form lacks efflatus. The 8/48D. revealer was apt. Apt!
There were a bunch of other answers that I liked and that went right in including 2D. Suitable for farming (ARABLE), 19A. Navajo dwelling (HOGAN), which I remember from a unit on First Peoples in grade school, and 26D. Chocolaty spread (NUTELLA), to name three examples. 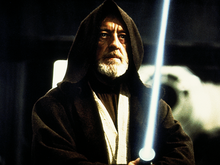 On the other hand, there were quite a few answers that failed to thrill the part of me that loves beautiful crossword clue and answer pairings, including 60A. Roundish (OVATE), 5D. Carrying ____ (ATUNE), 45A. Turkish moolah (LIRAS), and 64D. Spy satellite, so to speak (EYE).
I didn't really like the 49A. Whippersnapper (WHELP) pairing, but I looked it up and apparently, WHELP can be used with some contempt for young humans. I might have chosen to clue that one differently.
~ Frannie

Posted by Horace Fawley at 4:28 PM