Happy anniversary to "The Philosopher's Stone"! I can't believe it's been 20 years since the first Harry Potter novel was published. Although, I didn't get on the HP bandwagon right out of the gate. I started reading the books after volume 4 came out, when it was no longer possible to communicate with the nieces and nephews if one didn't. :)

In addition to the two theme-related fifteens (THEPHILOSOPHERS and DANIELRADCLIFFE), we have the STONE standing in the middle plus two non-theme clues that end up making HARRY POTTER appear across the bottom of the puzzle. The constructor conjured up some real hocus pocus to get Ms. Rowling's initials to materialize (38A. Alphabet chunk after D-E-F (GHIJK)) - otherwise an almost unforgivable groaner, even on a Monday. The J and K were circled, along with all the letters in 39A. Column's counterpart (ROW) and the LING of LINGO (40A. Specialist's vocabulary) to complete the author's name: J. K.  Rowling. DARWIN also pops up in the grid along with Rowling, possibly making a micro category of authors whose books have been banned. 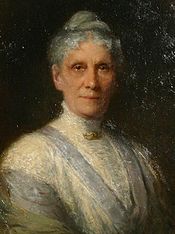 To pull this theme out of the hat, a few answers got SAWed in half including  9D. Biblical verb ending (ETH) and 63D. Comparative suffix (IER). Some of the other spells were more shortened: TBA, TSA, ABA, AWOL, AHOT, and ASNEAT. It's an anniversary BASH, tho, so it's OK.