Things went from CHABAD to worse for me with this one. I had numerous problems in the north, both mid and east. I put PAgE in where PANE was called for - a classic non-philatelist mistake, according to Horace. That put a dent in my ability to figure out 5D. Access (TAPINTO) as did putting "trade" in at 6D. Bum ___ (ARIDE). I wasn't helped over there by my lack of familiarity with FRITOPIE - a gap in my experience that I feel no need to fill. However, I did eventually see my way clear, only to encounter additional problems a little east of there. Having 15D. Jewish organization known for its outreach work cross 16D. Capital of Qatar (I had to GOOGLEIT) which crossed with 24A. Syllable in oldies songs (SHu, anyone?) really put the N in my DNF. In all, not a good outing for Frannie.

On the upside, I had no trouble with, and enjoyed the theme - BYGEORGE - a nice set of five works authored by people named George. Apt! If I had to pick a favorite, it would be MIDDLEMARCH. 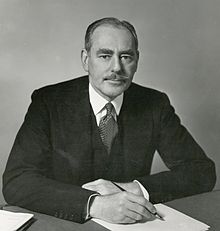 I thought it was a little bit funny that a clue with the word Bush in it (36A) appeared just above DECISIONPOINTS.

I don't usually use the strong language, but I hated the clue at 54A. Wifey, with "the" (MRS). No bueno.