Well, I don't usually do it, but today I looked at the Wordplay blog before writing this review. I did it because the little i on my crossword app blinked at me when I opened the puzzle. That usually happens only when the publisher thinks the solver needs some additional info, so I tapped the i, but found only a note saying more information about the making of today's puzzle was available in the crossword column of the paper, which, unless I am mistaken, is the case every day. However, I gamely went where I had never gone before and looked at the today's post. Apparently, one of the two constructors is famous. Sheltered as I am from much modern media, I'd heard only of Mr. Peterson. :) But, I learned from the column that Lisa Loeb is a singer with a 1994 platinum-selling No. 1 hit, “Stay (I Missed You). From this I conclude that this puzzle is another in the series of puzzles co-constructed with celebrities. Also, now, the theme - three songs titles, which may or may not include puns (I don't know any of them) -seems apt. Apt!

Other musical references in the puzzle swelled the chorus: CLAUDE Debussy, ELO, Dr. DRE, DUO (Hall & Oates, for example), Jazzy DELLA Reese, SIDEA (Hit home?), and maybe even "The LION King." That has music in it, doesn't it?

On to the rest of the puzzle!

There were several nice question mark clues, or QMC's, today. My favorite: 18A. Duck for cover? (EIDER), but 59A. Go out for a while? DOZE, and 29D. Foster child in "Freaky Friday" (JODIE) - ha! - were also good. I enjoyed the entries SNARL and UPROARIOUS as well. 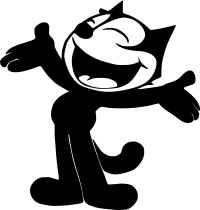 I mis-read the clue at 5D. as Addam's family member and couldn't fill it in at the time. It eventually filled itself in through the crosses (ABEL). Little bit of a difference there. :)