I enjoyed the puzzle overall, but today's theme didn't do much for me. Each answer was a common expression featuring a body part connected by an action. In the puzzle the verb appeared in the middle connecting the two parts. For example, FACEMEETFACE, which was kind of funny. The drawback was once you got one of the theme answers, it gave a lot away about all the others.

The puzzle contained a nice mix of things that are quite familiar to me: OWEN (Meaney, A Prayer for), SEUSS, ONEAL, GANDHI (of course), AZKABAN, AAAMAP, and PEETA, and others were completely unknown to me. I have never heard of the Israeli resort city EILAT.  I also had no idea that APHIDs produce honeydew when they feed on plant sap. And to think they make melons out of that! And I have known some colossal bores in my time, but had not yet run across a TIDAL bore.

OUTDOORSY is a nice entry. Initiates badly? (HAZES) is clever. and 27A. One flying during the holiday season, informally (STNICK) is cute.

I wonder if Ms. Margolin is from the mid-West. I haven't heard Chicago referred to as CHI-Town since my time in Wisconsin. Or, maybe she's a librarian and the puzzle was timed for the big annual American Library Association meeting in the Windy City. Or maybe not. :) 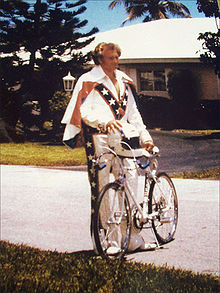 I didn't eyeseeeye with the constructor on every clue. I thought both STEAD and Place at 47A were kind of bland. And there must be something I'm not getting about 45A. Joins hands? (CLASPS). Why the question mark?

And, speaking of questions, why did LIEINS ever go out of fashion? I could use one right now. :)