Sacre bleu it's déjà vu all over again! A French word crossed me up again. Nothing about the clue at 24A. Figure on the top of Paris's Notre-Dame seemed to indicate that un mot français was called for, and I've never heard of Mlle. Hadid, so I guessed ANnE instead of ANGE. Derp.

My favorite theme answer was 27A. Call for cleanup in the Persian Gulf? (BAHRAINWASH). Ha! The other countries heard from were also pretty amusing. I have a soft spot for TAKEMYWIFEBELIZE because it reminds me of my Dad. :)

I also liked 1D. Hunky-dory (JAKE). That's a word you don't hear every day. On the other hand, you don't know how often I hear, "get a load of that suit (EXEC)" at the office. One of these days I will learn to play EUCHRE. 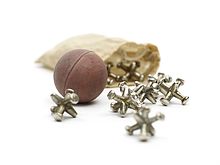 There was quite a lot of good fill throughout, really. My one WEIMAR might be that the clues were a little uneven, ranging from easy peasy ("Wake Me Up Before You Go-Go" band at 6A, which everyone knows is WHAM) to ungettable (Supermodel Hadid (GIGI), which no one knows) - oh, wait, maybe that's just me.

And one more thing, Peter Falk feature at 41D. (GLASSEYE)? Are we supposed to talk about that?