The theme gave us a number of items throughout the puzzle that each fit into two categories that were also answers in the puzzle. One of the categories, for example, was BRIDALTHINGS, which included SHOWER and TRAIN. SHOWER was also included in the well-known and oft-discussed category of WEATHERWORDS. TRAIN's second category was MEANSOFTRAVEL. I imagine there was a certain level of complexity in getting it all to work - it certainly seemed too complex for my app which failed to highlight some of the theme material - but for this solver, it lacked afflatus.

The focus on the multi-partite theme had, as a side effect, a somewhat ho hum grid. There were a few clue/answer pairs I liked including the following:
37D. Is on the brink (VERGES)
45D. Hall of fame (ARSENIO) - cute, but it can't be this one's first time around the block
85D. Guide to studying the night sky (STARMAP) - I like a gander skywards myself
86D. What "Mc-" means in a name (SONOF) - full disclosure, I may have added an A at the end in my head. 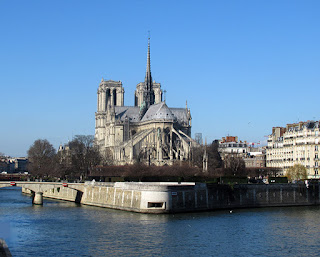 Unfortunately, there were rather more clues and answers that didn't suit:
50A. Silver, for example, in the opening of TV's "The Lone Ranger" (REARER) - grimace inducing.
46D. A mere stone's throw from (NEAR) - seems a little far to go for such a short answer
4D. Writer/critic James and family (AGEES) - tired crosswordese made worse by the awkward pluaral.
38D. Passed quickly (FLEETED) - hunh?
48D. Fatty acid compound (OLEATE) - ick.
56D. Heights of achievement (GLORIES) - maybe in ancient Greece.
76D. Word of wonder (GOSH) - for whom?
94D.  Need for a professional designer (TASTE) - hardly.

Hot on the trail of more mini-themes, I noticed a little gambling trifecta. In addition to the informative 99D. Highest score in baccarat (NINE), it included two answers that might have additional relevance to the puzzle. The constructor, upon successfully completing this challenging venn diagram of a puzzle, might have had the same reaction as at 98D. Excited cry in a casino (IWON). I was feeling more like 7D. (HITME, Twenty-one words).