The grid today looks a lot like a fan, with tight transitions from blade to blade that are sure to rankle my co-blogger, Colum, who is not a fan of such limited connections. I didn't have too much trouble going from quadrant to quadrant, as it turned out, but I did end up groaning a bit more than I like to while solving. In the top half, for example, we have UNTAPE (2D: Begin to remove, as a diaper) - first of all, gross. Second of all, I wanted "unpin." When did we start taping diapers? And lastly, gross. And that's just the first one! We also have RESOLE (6D: Do some cobbling work on), UNNAILED (10D: Loose, in a way, as planks or siding), QUINNS (18A: Actors Aidan and Anthony), DURANGOS (14D: Dodge S.U.V.s) and PENTA. I'm ambivalent about CUSSER (1A: One talking a blue streak?) and UNMIXED (13A: Segregated) - the words themselves are not all that great, but the clues elevate them. 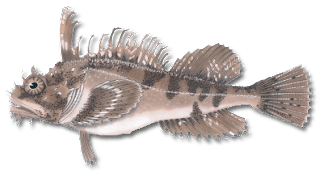 On the up side of the up side, I enjoyed SMOKES (3D: Defeats decisively, in slang), EXEMPT (5D: Not obligated), DRUMROLL (8D: Intro to a big announcement) and ACQUIRED TASTES (7D: & 12D: blue cheese and black coffee, typically). And GAZELLES (25A: Agile African animals) is elegant along the bottom, there.

I don't know... I guess I come out liking it more than I dislike it, but in the beginning I was doing a lot of sighing. Onward!