I love this kind of theme, it's simple and effective. Noticing the strange parts of our language seems to be something that crossword constructors do well, and today Mr. Arbesfeld shows us six different combinations of letters that we use to make the same sound:

CYBERSPACE - from Greek, and most likely originally pronounced with a hard K sound.
SILENTNIGHT - from Latin, silere.
SAYONARA - from Japanese, literally: "If it is to be that way."
CITATION - from Latin, citare, and again, probably a hard(ish, at least) C originally.
SCIENCEFAIR - from Latin, scire, where it was more like "ski..."
PSYCHEDOUT - from Greek, psykhe, and I'm afraid I can't help you with that one.

How they all came to have the same pronunciation is not known to me. If our resident linguist, Frannie were doing the blog today, you might get a little lesson on the great vowel shift, or something similar, but it's me, so you're out of luck. I will say that I find it just a little odd that there's an SI right above SAYONARA that doesn't sound the same, but maybe that just helps to drive home the theme, right? 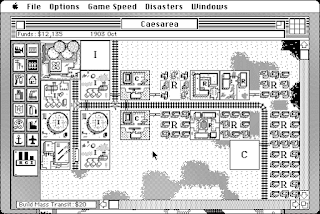 I like URBANMYTH (3D: Story debunked on Snopes.com), DOCENT (8D: Museum guide), and COYOTE (31D: Wild animal that yips), and SVELTE (9D: Gracefully thin) and ZILCH (12D: Nothing, informally) are fun words to see in the grid. On the "kickin' it old school" front, we have RIATA (25D: Cowboy's lasso), AERIE (47D: High home for a hawk), and ATRI (42D: Longfellow's bell town) - all words that I learned from doing crosswords. Sometimes they bother me, and sometimes I get kind of a warm feeling of nostalgia when I see old crosswordese. I think it kind of depends on how the rest of the puzzle is going. Today, the rest is right up my alley. Thumbs up!