Boy, this was a fun one! And one where the revealer truly did reveal the trick to me. Before getting to it, I had entered the names as rebuses, and even though I saw that they were kind of copied in the Down answers and I sensed that something wasn’t quite right, I wasn’t sure what to do until it was spelled out to me with LASTONESTANDING. Excellent. 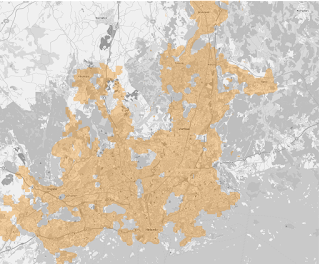 There was a bit of an older vibe with the theme answers, and it carried over into the fill in 6D: Arts-and-crafts kit trendy in the 1970s-‘80s (SHRINKYDINKS). We never got any, but I sure remember the ads for them that would run during the Saturday morning cartoons!
Happily, this crossword provided several audible AHAS for this solver. Well, chortles anyway. How about 89D: One who cries “Uncle!”? (AUNT), or 63D: Nursing facility? (MAMMARYGLAND)? Shocking! And what about 27A: ____-backwards (ASS)?!
The long Down material contains TONS of great material. SMALLWORLD (37D: “Huh, you know him, too?!”), TAKETOTHEHILLS (50D: Flee), TIDINGS (42D: News), BROCADE (14D: Upholsterer’s fabric), the full ANNODOMINI, and even POPULAROPINION (13D: In view?).
There were lots of names I didn’t know, and most were crossed fairly, but where two crossed each other, I ended up with a mistake. I know the song “Little Latin LUPE Lu” through Jonathan Richman, who mentions the title in another song, but I had never seen it written down, and I didn’t know the “Ernest who wrote ‘Ready Player One,’” so my guess of LUPI went uncorrected until after the buzzer had sounded. DRAT! Still, I really enjoyed this one. That makes two Sundays in a row I’ve liked. It might be a record!
I understand Frannie has brokered another week-swap, so Colum will be taking the reins for the next seven days. And 'though we don't say it enough, we always mean it - Thanks for reading, and Happy puzzling!
- Horace
Posted by Horace Fawley at 10:04 PM