Mr. Hawkins sews up a tidy theme today with expressions making reference to the textile arts. Or at least they could be interpreted as doing so. I question only MOVETHENEEDLE (39A: Have measurable impact), because I think it might refer to audio recording. But that's beside the point, because it still works. I notice only now, sadly, that all expressions are clued in the present tense. As I was solving, I saw that 27A could be filled in as LOStTHETHREAD (if you didn't read the clue, that is), and it took me forever to find that mistake, as I did not know Ma RAINEY. Sigh. Not all that great for me to start the week with two mistakes in two puzzles! 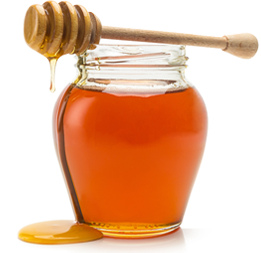 Still, I had fun today. Right off the bat we have the amusing ACHOO (1A: Cause for a blessing) - with no question mark! And speaking of that, here's something that might make you change your mind about me as a person. When I started a new job a while ago, I told the people that I would be working beside that I neither said "bless you" to anyone after a sneeze, nor did I expect it to be said to me if I sneezed. It just seems so absurd. One person has complied (although I'm not entirely sure if it's compliance or complete disinterest), but the other hasn't, and of course I still say thank you when it is said...

Where was I? I seem to have lost the thread. :)

22D: Net asset? (GOALIE) was amusing, and 38A: Gives hands down? (DEALS) was a nice surprise. And what about 4D: Reactions to buffets? (OWS)? You don't encounter "buffet" as a noun meaning "a blow with the hand or fist" very often, but it's the first entry in the first definition of the word. Or at least it is in my desk-side dictionary.

I was a little disappointed to see the Trojan Horse thrown in with Pandora's Box as simply one of the old MYTHS, because I like to think that really happened. Do they know that it didn't? Well... it certainly seems more possible than Pandora's Box anyway.. we may need a MEDIATOR on this one.

Lastly, I like the little trend of having a proper name right in the middle vertical spot. Yesterday it was Obama, and today we get HAYDN. Both are good.

DEVEIN is gross, and TILERS, PATHS, LEDTVS, EVES, ADOS, and even OWS seem like kind of a lot of gratuitous plurals, but overall, I liked this one just fine.