Not a great start to June for this solver, but after looking up the answers that stumped me, I don't feel too bad. When I saw that the "Satirical 1968 hit for the Turtles" was ELENORE and that historian Ferguson's other name was NIALL, it was clear to me that abandoning ship was the right choice, especially with NOM a few rows down. NOM for "Academy recognition" is not just informal, it's terrible. It is my fervent hope that no one has ever, or will ever say anything like, "Congratulations on your nom as Head Master." BOO. To make matters worse, at the bottom of that section I was duped, as intended, I'm sure, by the way the clue was worded, and I didn't realize the Booker in question was a person (my bad). So, yeah, no hoisting a TROPHY in celebration for this solver.

The northeast also harbored a number of obscure-to-this-sovler personnages. Herb ADDERLEY was totally outside my wheelhouse - I haven't gotten as far as cornerbacks in my sports trivia book yet. So was General ORD, who had a former fort named for him apparently, and "Oklahoma!" aunt ELLER, which is a difficult name to guess, IMHO. I was a little luckier in that section, or the downs OFFERED more help.

The big 15-letter TEACHABLEMOMENT runs down the middle of the puzzle, a phrase I hear way too often for my taste, but which did mean that I was able to put it in after just a few crosses.  CEREALBOXES (Life preservers? - ha!), YOUCALLEDIT, and SPIDEYSENSE made for a meaty midsection, which is a great feature of puzzles, but less good for its middle-aged solvers. :)

I liked GOTIME, ABRUPT, and ROTTEN. "Be intriguing?" for CONNIVE and SCRUBS for 45A: Health care coverage providers? were both clever clues. Nice to see all of COUSINITT, for ONCE, too. 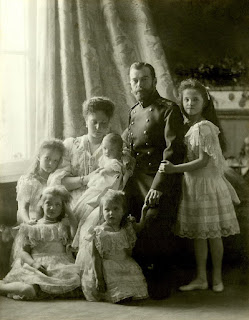 On the other hand, I thought MART for Emporium was a bit of a stretch. Also, #MeToo ERA? Too soon. And by that I mean, I feel I have to explain, it hasn't been around long enough to be considered an era, not that it's too soon for the #MeToo movement, which it isn't.