Mr. Collins' name is one I like to see associated with a puzzle. His grids are usually smooth, interesting, and challenging. Luckily, my being "of a certain age" helped me get off to a good start, because 1A: Suzanne Somers's role on "Three's Company" (CHRISSY) was like asking me "What's the color of the sky?" Off of that, however, I dropped in CHEMist for 1D: Place to get solutions, in brief (CHEMLAB), a mistake I like to think was the only reason I was slowed down at all on 30A: 2001 Destiny's Child #1 hit with the lyric "I don't think you ready for this jelly" (BOOTYLICIOUS). 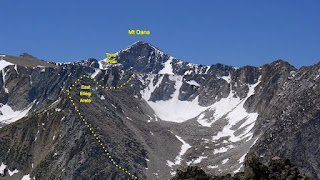 That last, bold answer started off a very nice stair-stepping trio of 12-letter answers ending with TRUSTFUNDBABY (33A: Notoriously spoiled sport) and NORSEDEITIES (36: Figures in the Edda). A solid middle section crossed by RESCUEDOG (20D: Certain adopted pet)- a term that used to evoke a St. Bernard with a barrel around its neck, but now has come to mean a pound-adopted canine. Spay and neuter your pets, people! There are more than enough to go around already, and the fewer that end up in pounds in the first place, the better.

I was not familiar with the term HOECAKE (15A: Cornmeal treat), and I learn from a Slate article that one story has it that American slaves made them using a hoe as a griddle, but a more likely etymology is that griddles were known as "hoes" in parts of England in the 1600s. Whatever the origin, I will definitely be trying to make some soon. I also hadn't heard LUNULAR (16A: Crescent-shaped) much, but it makes sense as a diminutive of the Latin "luna."

Almost nothing to complain about today (maybe CCLASS or ORANGS), a lot of good fill, and a clue that I will add to our favorites list - 34D: Store that really should have a spokesperson (BIKESHOP). Guffawww! :)

I liked it a lot.