I mostly liked this puzzle, but QUEBECER (19D: Celine Dion, by birth) did not sit well with me. I don't know any, so I probably shouldn't be making any judgments on this (do you think it will stop me?), but I prefer the term "Québécois." Also, I guess TAXISQUAD (18A: Practice roster for an N.F.L. team) rings a faint bell, but why is it called that? 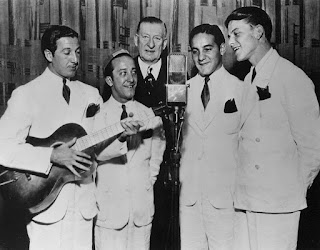 Those two ignorant complaints aside, I enjoyed this challenging Saturday puzzle. So let's get to the good stuff! FERRIS (43A: Name for a big wheel) was amusing to slowly uncover. And FLOATS (41D: Jerk's creations) was fun, even though I so wanted to make "malted" work. And AREARUG (2D: It provides only partial coverage) got one of those super-literal clues that seems so obvious when you have it filled in, but gets you thinking of all different things before that.

The central stair-stepping trio includes some good trivia in GEORGIADOME (32A: Only facility in the world to have hosted the Olympics, Super Bowl and Final Four), but the other two are only mildly interesting. CARROTJUICE. Hmph. There's nothing super-long except that central spanner SNAPCHATFRIENDS (7D: Ones sharing some shots), the clue for which would work whether "shots" meant photos or alcohol, I think.

Let's end by focussing on TUSCAN (27A: Florentine, for example), but here's a TIP, the next time you travel to Tuscany, don't spend more than a day or two in Florence. Sure, it's mandatory, but don't let it be all you see of this incredibly beautiful region of the world. Go to Siena and sit in the Campo eating a gelato in the evening, get a car and drive the curvy, gently rolling roads through the fields of wheat and sunflowers, visit one of the many hilltop towns and get lunch at some hole-in-the-wall place. I assure you, you will ADORE it.