Strange start to the week so far. Yesterday was a tribute to two TV game shows, and today we have an homage to manspreading. When I finished I looked at the circled letters briefly and thought they represented subway lines. The A Train is definitely a thing, and I thought, ok, maybe there's an M train, but N? Anyway, I figured it out soon enough that the word "man" in OMANI spreads out as it slumps down the puzzle, eventually taking up all the horizontal space available. Poor AMYPOEHLER! Forced to EDGEIN right there in the middle. Luckily, I don't have to experience manspreading much, because I commute by bicycle. I have to worry more about car-spreading. I'm not sure which is more annoying. :) 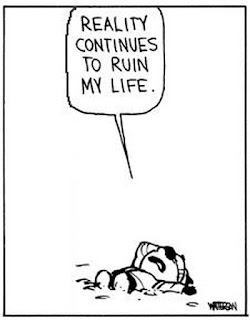 Looking around at the fill today, I am reminded of Amy Reynaldo's phrase "Tuesdays gonna tueze," or something like that. What I think she means is that Tuesday puzzles are often where you find strange things. A manspreading theme, for example, and things like Mount ELBERT, the ROEDEER, and uncommon (to me, anyway) names like Ginobili MANU and MAXWELLANDERSON. That SW corner almost did me in! I sidled up to the OPENBARS (37D: Free drink locales) quickly enough, but I wanted VERTicES, and I didn't know those three other proper nouns referenced above. Finally, I hit upon VERTEXES (38D: Corners in geometry) and everything came together.

Nice that NUDE and BARE are symmetrical (I tried Nsfw in that first slot for a bit), and I also liked VAMOOSED (41D: Skedaddled), and NERVE for "Courage," because it reminded me of Bert Lahr singing the Cowardly Lion's song. "Da Noive..." :)

Overall, I'm just gonna go with Amy on this one. Tuesdays gonna tueze. Tooze? Tues? I'd better head over to Diary of a Crossword Fiend to find out.