A fun theme of classic foes going head to head. It's more like back to back, in my opinion, but then that wouldn't be much of a pun, so I guess I'll agree with Mr. McCoy. And really, the heads of each word are touching, so... it's fine. What am I complaining about! 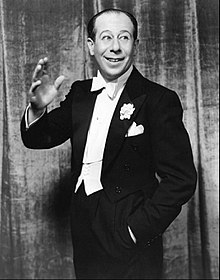 And a pretty nice trick it is to have made eight of these work. SUESEHTMINOTAUR (22A: Showdown in Greek mythology) was the one that finally broke it for me, and by then I had quite a few crosses in place for the others, which let them all fell pretty fast. Well, all except OIRAMBOWSER (28A: Showdown in classic video games) because I did not know the name Bowser. In fact, I didn't know ELISE (15D: Stefanik who is the youngest woman ever elected to Congress) (30, NY) either, and guessed a "z" in that spot at first, leading to a FWOE. AHME.

I enjoyed quite a bit the bonus material found in the Downs today, especially NOSTRILS (4D: They're found under a bridge) (Tricky!), COOKIECUTTER (60D: Undistinguished, as many a subdivision house), AMENTOTHAT (3D: "I couldn't agree more"), and NOCALLLIST (75D: Numbers to avoid) (All those Ls!). What I thought was a bit UNIDEAL were things like NOWISE (37A: Not in any way), SCHS (47A: Univs., e.g.), and WORST (38D: Defeat). Can that even be used in that way? "It was the WORST WORST in the team's history." "That WORST really stung!" "The thrill of victory, the agony of WORST." What am I not understanding here?

Still, there's only a little bit of junk, and overall I really liked this puzzle. The cluing was lively (18A: Strong suit? (ARMOR), 11A: Word that looks like its meaning when written in lowercase (BED), 66A: Brightly colored blazer (SUN), 34A: Tours can be seen on it (LOIRE)), and the theme was well done.