I took a rather big first bite out of this hamburger-shaped puzzle, grinding through the top half in relatively short order. Things got a little more gristle-y around CHASSE (32A: Gliding ballet move) (which was complicated by having entered "pUr" for HUM (33D: Well-tuned engine output)), and NADA (42A: Squat), but even those went down eventually. 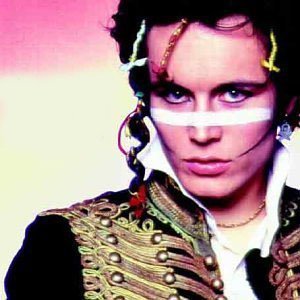 On the very bottom I got TREASUREMAP (63A: Prop in "Raiders of the Lost Ark") and most of SNUFFLEUPAGUS (62A: Woolly "Sesame Street" character whose first name is Aloysius). I am pretty sure I was watching the episode on which he was introduced, and I put in what I thought might be right immediately, but it wasn't perfect, which led to some difficulty with TAMILS (44D: Many Sri Lankans) and even PEU (60D: Little: Fr.). I had scAM for FLAM (56D: Deception, informally), and flailed with duPE for POPE (55D: Innocent, perhaps), which made SPF (54A: Blockage letters) impossible. And the "famous" FRAFILIPPOLIPPI was no help whatsoever. In short, it was a HOTMESS.

That said, I applaud the puzzle. As I've said many times on this blog, I'm ok with it when a puzzle beats me. I can't know everything, and it's nice to be reminded of that from time to time. The artist was a curveball, but I should have been able to get POPE, FLAM, and SPF. They were trickily clued, and I just wasn't on that wavelength this morning.

I loved the misdirection of "27A: Big dos" (FETES). Did anyone else notice that the oft-seen-in-crosswords "afroS" fit in there? And "29A: Calls to reserve?" (LETS) (tennis reference) was very clever. NUNHOOD (1D: What one may be in the habit for?) was amusing, and it was nice to be reminded that the two-dollar bill is still valid U.S. currency with "3D: Jeffersons." The only thing that I really didn't think was real was TWINPAC (21D: Pair of things sold together, in commercialese). Maybe I just don't pay attention to commercialese spellings, though. That could be.

Overall, while I probably would not say that I was NUTSABOUT this one, I certainly didn't dislike it. It was challenging, and it had lots of fun, interesting material. Thumbs up. I just wish I had solved it.