Google's Gmail service turned 15 a couple of days ago, and today we celebrate good ol' Google itself, with a bevy of SEARCHRESULTS crammed into an oversized 16x15 grid.

I tried putting the clues directly into Google, and the first one "19A: *Louis Pasteur, 1885" (I left out the asterisk and the comma) returned as its first hit a nice little article from Wired magazine about how, on July 6, 1885, Pasteur, who was not a licensed physician, tested his newly created vaccine on a 9-year-old boy who had been bitten by a rabid dog. The story ends happily, of course, but if it had not, he would probably have been prosecuted. 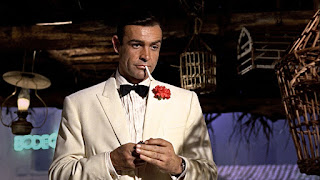 I was expecting something about the South Pole when I saw Roald Amundsen's name, but if you also include the date, his successful navigation of the NORTHWESTPASSAGE is the second hit.

Of course, what's interesting about this theme is that the people in question were not just searching on Google, but whether Herschel can be said to have been "searching" for URANUS is questionable. That one seems the most like a flat out discovery, to me. I would have said the same about TUTANKHAMENSTOMB (variant spelling), but that was only because I knew very little about the history behind the find. Thanks to various SEARCHRESULTS, I now know better. I'll leave it to you to do your own searching to verify this.

So a fun, engaging theme. In addition to that, we have kind of a lot of good non-theme material too. STRUT, AGATHA, GOLEMS, TENNESSEE (68A: Home of the Titans) (Anybody else spend time thinking about the children of Gaia and URANUS instead of the NFL team?), and that GOESALLIN (13A: Bets everything one's got) looks crazy if you don't parse it right. Fun to see CHARO (real name: María del Rosario Mercedes Pilar Martínez Molina Baeza - (SEARCHRESULTS!)) again. It's been a while. Both in crosswords and in real life.

Overall, I'd call this one a SUCCESS!