Boy, this one almost got me! Everything but that middle section went right along - even kind of easy-seeming for a Thursday - but then I don't know how long I fretted over that PIA_ATS and PLY_ section. I knew KAPPA (24A: ____ Alpha Theta, first Greek-letter sorority in the U.S.) and SILVER (30A: Argentina was named after it) had to be right, and what else could "34A: Assents at sea" be except AYES? 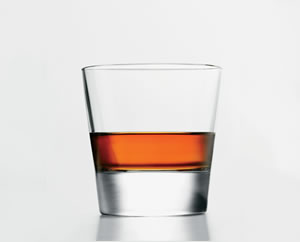 I don't know why it took me so long, since the answer was practically spelled out for me with the rest of the themed clues: HAPPYFACE, COLONHYPHEN, PARENTHESIS, and EMOTICONS. At last, I entered the "Elements of a [HAPPYFACE]" into 39A, and finally made sense of "39D: Blot on a landscape" [EYES]ORE, "25D: Perches for some musicians" PIA[NOSE]ATS, and "26D: ____ Rock" PLY[MOUTH]. Whew! LOCO!

Once I had entered the entire words into the squares and finished the puzzle, they turned into the traditional COLONHYPHEN and PARENTHESIS, but I'm not sure whether I could have just entered those elements instead of the words ... probably I could have. If you did, let me know.

I enjoyed seeing the mnemonic "Every good boy does fine," and quickly entered "gclEf," before correcting it to NOTES. And speaking of things musical, I did not realize - or at least did not remember - that the "End of every verse of 'The Star-Spangled Banner'" is BRAVE. Interesting.

I liked the challenge today. The theme was fun, the rest of it was fine.

p.s. It's a debut! Congratulations, Mr. Olsen!
Posted by Horace Fawley at 7:52 AM