Today's puzzle is a twist on an old concept: the revealer is a word which phonetically can be reduced to two letters, which then represent something about all the other theme answers. In this case, it's ARTIE Shaw whose name tells us that all the theme answers use only R and T as their consonants, and no others.

That's an odd thing to do, but I liked the longer entries that displayed this condition, such as TEETERTOTTER, RATTERRIER, and ROTOROOTER. On the other hand, TORATORATORA is a bit less interesting since it repeats the same word three times. Also, the partial TREATER is pretty rough as far as fill goes.

I suppose it would be a hard job to ensure that there are no other instances of R or T throughout the rest of the grid, seeing as those are two of the five most commonly used consonants in the English language. But wouldn't that have been something? 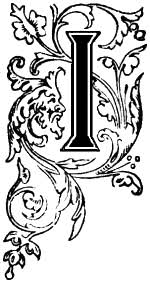 Since there are 84 squares devoted to the theme (and that is a ton!), there's not a lot in the rest of the puzzle to remark on. I'll mention the math nods at 1A and 53A (PLATO and EULER), and that ORNE and TION are rather DRAB, and leave it at that.