It's a dog's world. Today the puzzle is full of them - Boxer, Pointer, Shepherd, and Lab - all found at the end of Down theme answers, exposed by the revealer: DOWNWARDDOG. I enjoy a vertical theme. The staggered lines of color that light up when you reach 28-Down are quite pleasing. If you've never tried solving directly on the NYTX Web page, you really should at least once. I mean, I like solving on paper, don't get me wrong, but there are little perks available online, one of which is the "light up" theme. 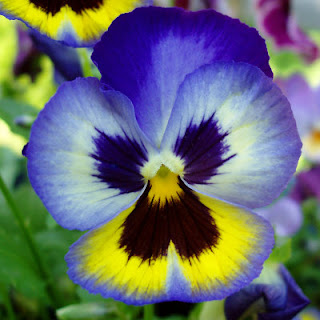 It's a very clean grid today, in my opinion, with only UAE and ITO ("How was ____ know?") looking a tad odd. But even then, I'm happy the latter is no longer being clued with an O.J. trial reference. I suppose I could argue that Horace was more than an ODIST. He wrote poetry in other styles too, but really, it was in an ode that he claimed his work would outlast the Pyramids (exegi monumentum aere perennius / reglalique situ pyramidum altius), so perhaps I should just leave that one alone.

I like thinking about LATH (Plasterwork backing) (might come from living in a 125-year-old house), and I enjoyed the up-to-date BAE (Slangy "sweetheart") and AGAME (Best effort, informally).

A solid start to the week. The Horace ABIDES.