A tidy little trick in the clues of this Thursday puzzle, given away by the revealer at 60- and 19-Across. Ordinarily, I don't like what I think of as a "backward" multi-part answer - that is, when the second half of an answer appears before the first half as you go through the clues in order - and normally I just skip past them and move on. But today I actually scrolled down to look at 60-Across, and since I already had entered acT at 9-Down (Not dither), I was able to guess that TWICE would be the second half of the "reconsider" clue. And then, as I continued in that NE corner, my brain must have kept working on the first part, because in about a minute I knew it must be THINK TWICE, and then the trick became clear. "25A: *Tin has been in them since 1929" wasn't a coin, or another alloy, but COMICSTRIPS! (Tin Tin has been in them!). And "17A: *Boo during a baseball game" wasn't something like "heckle," it was a WILDPITCH. (Boo-boo). Also, I think the "backward" revealer was appropriate today, as it could have hidden the revealer longer for those who didn't bother to scroll down, making the puzzle that much trickier. 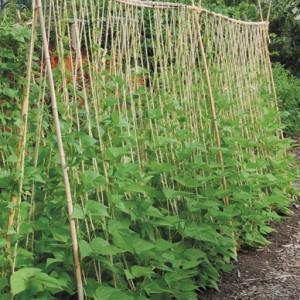 I have come to expect good puzzles from Mr. Polin, and this lives up to that expectation. The two Law school classes (EVIDENCE & ETHICS) make a nice pair, and they're nicely tied in with LSAT (Its min. score is 120). And there's plenty of fun, tricky cluing, too - "Stickers in a plant store" (CACTI), "Lost one's standing? (SAT) (guffaw), "Hearts that don't beat very much?" (TREYS) (Good QMC!), "Going rate" (PACE) (Excellent NQMC) (Is that our abbreviation?), and "Figures calculated using crude estimates" (OILPRICES). Hah! And conversely, I loved the simplicity of "One way to get help" (ASK).

We find a lot of names in the middle, and there's that odd POLER (Gondolier, maybe), but overall, I thoroughly enjoyed this one. Great start to the Turn!