For me, for the second week in a row, the Saturday went faster than the Friday. POSH (1A: Fancy-schmancy) came to mind immediately, and I "verified" it with POSTOP (Recovery period) at 1-Down. Then, BOSC and BIOTA followed the same pattern, but even with LOOM in place, LISP (Tip-of-the-tongue phenomenon) (tricky!) took another cross. That soon came, though, in the form of POLKAS (Many Weird Al Yankovic medleys). 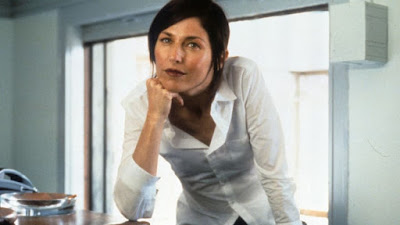 I thought the question mark on 7D: Clear the decks? (SWAB) was unnecessary and a little unfortunate, it being Saturday and all. The word "say" in 2D: Stretch between two pitches, say (OCTAVE) functions in much the same way as a question mark, but I still had a harder time coming up with that one.

TONTO (Classic TV character whose name is Spanish for "fool") was an interesting bit of trivia. And RENELACOSTE (French tennis player and fashion icon) looks good across the middle of the grid, but BUDGEANINCH (Give a little bit) doesn't really work for me. It's either "budge" by itself, or "give an inch."

On the other hand, "One of a handful at a bar" (BEERNUT) was a perfect clue. At first I had BEERtap, and I actually thought to myself "Hey! Many bars have more than just a handful of taps!" I don't know why I never take the next step and think, "Well then, that's probably not right." Anyway, "handful" is more literal here, but maybe I didn't think of it because last night the beer nuts were in a bowl with a spoon, so I spooned them out instead of grabbing them... :)

The long Downs are all solid, the best being CAPITALCITY (What a star may represent). And there's plenty of good stuff - TRIFECTA, BITEMARK (Impression that's only skin-deep?), INVASIVE, and PIANO (Softly).

It went a little fast, and some of it was a little meh (RUNTIEST, PIECING, EKES), but nothing truly OOF-worthy. I say Thumbs Up.