My first entry set the stage for my solve today. I saw “Centerpiece of a luau” and confidently entered “pigroast.” That lasted only a few moments, however, because I was even more confident about TETES (Where les berets go) and GOTMILK (Ad campaign featuring "mustaches"), and I failed to notice that just a slight change in my first answer would have made it right. I then just as confidently entered “même” for “The same as in France” (EGAL), and it would be a long time before things got sorted out in the NW. The rest of the grid was still a struggle, but I had fewer missteps. 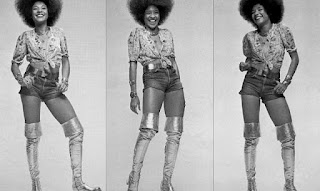 But enough about me, how did you like those wide-open corners and all those lovely eight-letter answers? “Screen that keeps out bugs?” (BETATEST) was funny, and the only QMC in the whole puzzle! I wasn’t such a fan of “Coat placed on the ground” for FLOORWAX, though, because is it really the “ground?” It couldn’t have been “… placed on the floor,” but there must have been a better way to use this idea. “Coat placed underfoot” might have gotten people to think there was a word for that cartoony act of chivalry… or “Coat on the deck?” No. …
The stack of ROPESOFF, OVERTURE, and SATIATES was a good find, held together with solid material and just one rusty pin - OUTLIE (Not reside in the center of). Well, I suppose some would quibble with the plural ERINS, but I was so thrown by trying to think of a “TV Burnett” other than Carol that I give that one a pass.
I also enjoyed RABBLE (Unruly crowd), SWADDLES (Wraps), EVENKEEL (Steady temperament), COYOTE (Prairie predator), and RADIAN (Measure equal to about 57˚).
In the end, I found myself staring at the box with the 26 in it – the cross of “Makes deceptively attractive” and “One of many in most families.” For the latter, I had “_ENUS,” and I couldn’t think of anything but “mENUS,” and although that didn’t really make sense, the M made “mILDS” in the other direction, which was a word that I could kind of believe made sense for that clue. As we’ve remarked many times, it’s incredible what your mind will make up/allow for when you’re stuck in a crossword puzzle! Anyway, I finally ran the alphabet and came up with GILDS and GENUS, but not before I had tried entering that M. Sigh.
Still, I enjoyed the struggle today, and I kind of fear the Saturday this week. Will it be even harder?! Tune in tomorrow, same blog time, same blog channel to find out!