Untimed, but at least 30 minutes

I started this puzzle running through the Acrosses and Downs as usual. After some success in the lower two thirds of the grid, progress ground to a lengthy halt in the northeast. I puts the puzzle down and AXES Horace how he's doing with it. Turns out, he was stuck in the same corner. So we decided to work on that section together. I gained the most because Horace already had TOMTHUMB at 17A, which was more than I had up there. With that small start, we were able to complete the grid in no time.

Of course, it would have helped if either of us had known the capital of Chad (NDJAMENA), but we didn't. I like to think the unusual (for English) combination of consonants at the beginning will help me remember it in the future. Time will tell.

The 15 x 15 puzzle contains two grid-spanning answers that cross in the middle:  MYLIPSARESEALED and AMBUSHPREDATORS.

But the real beauty of the puzzle lay elsewhere. The high number of admirably indefinite clues that allow multiple interpretations made the solve challenging and fun. In the northeast, contributing to our confusion, we had "Mark down" (NOTE) - I tried 'salE' - and "Going by" (NAMED) but elsewhere, we had "Charge," "Hands," and "Croak" just to name the most ambiguous. I got mired in "Browns, perhaps" trying 'sepias' at first until getting SAUTES.

A number of other clues in today's puzzle fall into the category of cleverly intentional obfuscation including:
"Bar assembly" (SALAD)
"Ruby and sapphire" (HUES)
"Forest swingers" (AXES)
My personal Rubicon in this category, that I eventually successfully crossed, was "Stand with dogs, say" (SNACKBAR). It took me quite some time to think of the hot variety of dog. 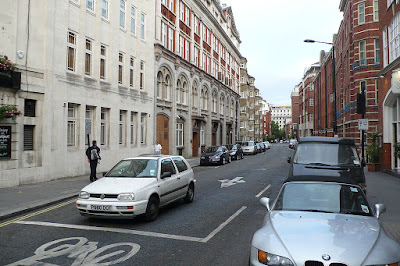 Thanks to Wednesday's puzzle, for "Airy treat" (57A) I really wanted 'cheesepuff,', but I couldn't make it work unless I spelled it chezpuff, the 'e' with an invisible macron, of course. I also particularly liked "Tending to change" (FLUID) and I was amused by Tony Soprano? (MARIACALLAS). Ha!

Horace and I both thought FIEND was a little intense for its clue "Devotee." And, à la yesterday's USH, I thought VIC (Perp's mark, in cop slang) was MEH, but perhaps I UNDERVALUE seemingly randomly truncated words. Be that as it may, this puzzle still gets OVATIONS from me.