Well, Dear Reader, today's puzzle was harder, for me, than yesterday's. By 23 seconds. I knew you'd be anxious to find out. 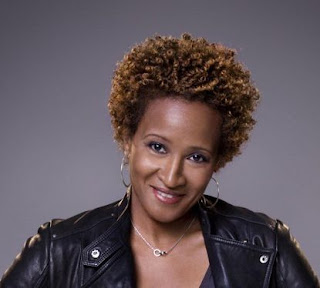 If I remember correctly, Ms. Zawitowski said on xwordinfo.com a while ago that she thought weekend puzzles were getting too easy. Hopefully, she'll be happy to read of my struggles over the past two days. I'm pretty sure I spent a full five, possibly ten minutes on 33-, 34-, and 35-Down, and 39-, 47-, and 58-Across. The rest of the grid went along fairly smoothly. I dropped in SKETCHESOFSPAIN off the clue and thought I was INAGROOVE, but then things ground to a halt. In fact, to avoid pulling an ALLNIGHTER, I had to sleep on it and re-attack in the morning. Then it finally HITME, but probably the "hours" place in my time should have an 8 in it.

But that's probably enough about that. Except to say that the cross of KANE (Danity ____, a girl group with a self-titled 2006 #1 album) and KAYE ("American Pie" actor Eddie ____ Thomas) was tough. I had never heard either name before.

Looking around at the rest of the grid, I see tons of quality entries: PARANOIA, HAPPYPLACE, EYECANDY, CATALYSTS, SLALOM (Windy event?) (nice), and METEORIC are all lovely. Interesting trivia about AUDI (Company whose logo symbolizes the union of four manufacturers) and AOL (I.S.P. once called Quantum Computer Services), and maybe about DICING. Does anyone actually say that, or is that just garbage fill? Even if it is the latter, it's pretty much the only CON.