I'm really not sure how best to record my time for this puzzle. All of the above are correct, in a way. The app stopped at 54:33 when I correctly completed the puzzle, but I doubt I would have finished it at all if left to my own devices, but I did finish it thanks to a little help from a friend. Here's how it happened:

The top half of the puzzle went right along - ONESIES here, a TWIN there -  making me think I NEEDNT PANIC, but that turned out not to be the case as I ground to a halt after completing the upper two thirds. I put the puzzle down for a while.

A short time later, Horace announced that he was never going to be able to finish the puzzle. I countered saying, "of course you will, you always do." But after a time, he repeated his pronouncement and I was still completely stumped, so we decided to work on it together. We were both stuck in the same place: the southeast corner. I also had a number of empty squares in the southwest, but more about that later.

We both had DAY at the top of the section, ASKSIN in the middle, and we were pretty confident of ANNUALFEE (Deterrent to getting a credit card) toward the bottom, but when nothing was working we cancelled the FEE. We felt even more morose when we took out DOURER. But, as it happened, the locus of the problem was at 45A: "What has a large following on a college campus?" We had both tried HONORrOll, but it just wasn't working. Horace thought of HONORClub, which, while incorrect, accidentally and fortuitously supplied the correct C, after which a suggestion of MAGE for "Enchanting sort" worked like a charm. At that point we had MU_ and then the lucky C, leading Horace to suggest MUSCLY for "Jacked. Then the G in MAGE conjured up AGENDER (Nonbinary, in a way), which finally gave us HONORCODE . Phew! 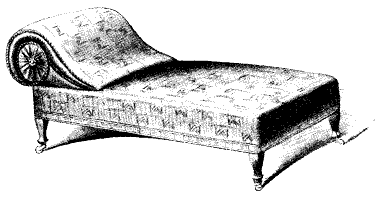 With that taken care of, I soldiered on alone to the southwest corner, which Horace had already solved on his own. Thankfully, before he wandered off, he corrected my guess for "Bulk purchase at the post office" from 'tapE' to PANE, which I doubt I ever would have come up with on my own. I guess I can see that PANE works in this instance, but to me it seems like a clue written more for misdirection than cleverness. Of course, if a person knew that PEPSI Center is home to the Denver nuggets, PANE might have been less of a pain, but still. And also in that corner, for "Something you wouldn't use your hands to touch" I was trying too hard for an answer with a little flair, like 'heart' maybe. When I realized it was PEDAL, I was disappointed. I also wasn't thrilled with the answer to "Double shifts at work, e.g." I would call working a double shift a slog, I would not call each one a slog and both shifts together SLOGS. I might, however, call my journey through the southeast and west corners of today's puzzle slogs. It sounds like I've eaten some of those proverbial grapes, doesn't it?

Clues I did like in the southwest were "Miss-taken identity?" for JANEDOE and "Pair of overalls?" for (ELS). Another clue I liked was "Bring about, as confusion" (SOW). I also liked "Baldness is the result of losing them" (TREADS). COASTTOCOAST was a nice long clue - too bad it's not quite long enough to span the entire grid. "What to do if you'd like a hand" (ANTE) is also good.

To sum up, today's puzzle contained both SWEETANDSOUR for this solver. It's always fun doing the puzzle with Horace, and there were some clever clues, but some just weren't to my taste.