As you see, dear Readers, I had a lot of trouble with today's puzzle. I was determined to finish it, though, so I kept coming back to it throughout the day. Eventually, I did finish it, but in my haste to be done I overlooked a mistake and ended up with a FWOE.

I had trouble all over the place - the grid after my first passes could be described as RAGTAG - but I had the most trouble with the north and mid west. Nothing in that area turned out to be ELEMENTARY for this solver. I'm not familiar with 'In WANT of' as an expression - isn't it usually, 'for want of'? - I'm not saying it's not a valid expression, but it definitely doesn't leap to mind the way 'in lieu of' does, for example. And nor does the expression 'win a caucus' so the wording of 3D had me stumped ("Bill and Hillary Clinton have each won one" - IOWACAUCUS). Anyhoo, somehow, when I was out raking, the answer to the clever "Times table?" (NEWSDESK) popped into my head. That entry made it possible for me to complete most of the rest of the section. I wasn't sure how to spell the last name of "Judith who was the second American woman in space" so I left the last square of that answer blank, with dire consequences!

I had one clue left to wrestle with - the now almost stupidly obvious "How model airplane parts are sold." I had tried 'precut' then 'diecut." When I finally had INA for the start, I decided on, and typed INAseT without checking the Downs - I was so glad to be done! However, that left me with with RESNIs, which was not one of the two letters I had considered, and worse yet, it was not correct. Of course, our careful readers will note that it also left me with GeBBS as "Lead agent on NCIS,", but for all I knew that could have been right; I've never watched NCIS. The correct answer for how model airplane parts are sold, INAKIT, would have put it all together for me. 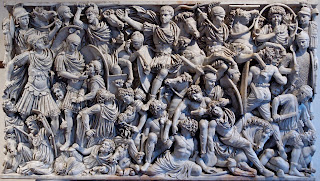 I thought a few of the answers like RESPIN, ANDYET, and PREBID lacked ENERGY, but there were some BEAUTS. Fill-wise I liked LAUREATES, BUB, and FREESPIRIT. Two clues I particularly liked were "90s kid?" (ASTUDENT) and "Expert on feet" (POET) - or me after figuring out 5D, which was also a good clue. I came up with 5 possible four-letter answers for "Part of a foot": inch, iamb, arch, ball, and finally, the correct answer HEEL. I also enjoyed figuring out what the list of numbers from 1-14, except 13, was about at 9A (FLOORS). I should have figured it out faster. I spent a semester in Chicago during college and was surprised to find my apartment building "didn't have" a 13th floor. Weird.

And speaking of weird, WEIRDHUH ("Isn't it strange") might be the poster clue for this puzzle. ALOEVERA as an ingredient in mouthwash is weird. Calling the finale of a radio countdown a TOPHIT is a little weird. Calling the "Longtime locale of Mideast conflict" THESINAI seemed weird, and thinking that anyone but physicists know what to call - in brief - a machine in a particle physics lab (LINAC) is also weird. You get the CYST.