I should have known better than to brag about my time yesterday... Today's speedy solve time, by contrast, was 35:13. And I thought for a while that I might never finish! 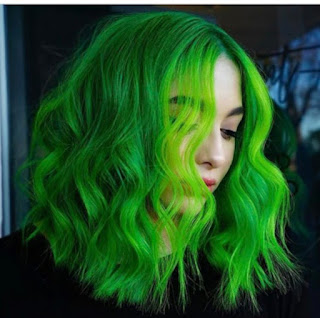 It was the NE that sat unfilled for so long. I should have known EOLITHIC (Period at the beginning of the Stone Age) (eos (dawn) + lithic (stone-related)), especially after my geologic scolding yesterday, but - sorry Dad - I couldn't come up with it until I had a few crosses. And the 2019 rap song, Mandrake the Magician's sidekick (who?), and the Modern protest movement were not giving me any of those crosses! Sheesh! I think I finally realized that "Back on board" wanted AFT, and then from the recesses of my mind I guessed at ANTIFA, then got ALONE (Set apart), which gave REACTS (Jerks, say), which finally gave EOLITHIC, which gave the excellent MAGI (They're known for their holiday gifts), and the rest, as they say...

But we love a challenge. The whole thing, really, played like a tough Saturday for me. CHIRASHI (Japanese dish of raw fish and vegetables over rice) is not known to me (although I'd love to try it!), RAPINOE (Golden Ball winner in 2019's Women's World Cup) is a name I've heard, but it wasn't on the tip of my tongue. CHIOMEGA (Largest college sorority by enrollment (380,000+ members) was a guess based on the Greek alphabet. I actually had phi at the start for a bit.

But there were plenty of good, clever answers, too. "Beat reporting?" for HEARTRATE was great, INDIAPERS (Untrained, perhaps) was lovely, "Twist in a story" was a tricky clue for OLIVER, "Rush while racing?" for RUNNERSHIGH was clever, and both clever and amusing (a winning combo) was "Garments that sound like you'd exercise in them" for PUSHUPBRAS.

In all, an excellent challenge for a Friday.