And ... Thursday's child is full of erase - ending with a DNF. :( For the life of me, I could not figure out 18A: "Shakespeare, notably". I had ___NETEER but absolutely no help from the first three Downs. I don't know the poet Leigh Hunt or her/his poetry - to my own detriment, I'm sure - and I have only a vague understanding of "Dancing with the Stars," that does not extend to the the names of judges, including LEN Goodman. I was also completely unaware that snafu had the form SNAFUED available for use. And, sadly, Shakespeare's sonnets just weren't notable enough for this solver. It got so bad that even though I was pretty sure OWNSUP was correct for "Comes clean" at 9D (it was), I was desperate enough to consider iambETEER as a possible answer. How's that for poetic license?
Despite my travails, I enjoyed the puzzle and especially the theme. Who doesn't like Boggle? When I entered the SON for SONNETEER - after looking up the answer - a little animation popped up in the center of the grid in the app. The 16 middle squares became sort of 3D and the various theme answers were traced, one by one, in blue. Bedazzling! The theme answers were all, in light of my DNF, apt. Apt! Take your choice, that answer served to BOGGLE, BEMUSE, BEWILDER, and BEFUDDLE me. BTW, befuddle is a funny word. So is HODADS. 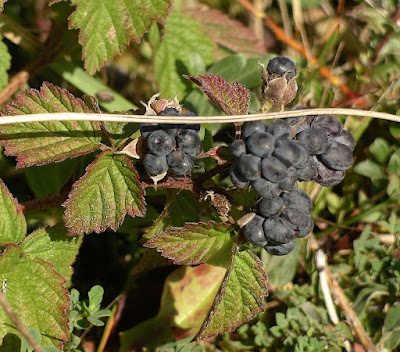 Other enjoyable material included "Offensive line" (BARB), "Mind" (OBEY), and "Took a second? (REMARRIED) - ha! And, of course, dear readers, I liked the triumvirate of French clues at the top of the puzzle: "Three-vowel French word that sounds like a fourth vowel" (EAU), its voisin, "French connections" (ETS), and dans l'est, "Pensée" (IDEE).
And, while we're on the subject, pas de beretings from this reviewer for the oddments of squidgy material in the puzzle (ENL, BBS, OBE) since the theme was so dexterous.
~Frannie.
Posted by Frances Page at 11:40 AM