Yesterday, regular commenter Philbo remarked that the need for speed-solving may remove some of the appreciation of the puzzle during the play. I absolutely agree with him! And yet, it is next to impossible to slow oneself down.

Well, today I had to because I FWOE'd. It turns out it was SPLINE, not SPLINt. I mean, I probably knew that, but just put the T in and forgot to check the cross. On glancing through the puzzle, I am very impressed by hiding SPOON five times throughout. There are no theme answers outside of the revealer, SPOONBENDING (I guess that's a sixth "hidden" example), which gives Mr. Gilioli more freedom to deal with those triple-checked letters. 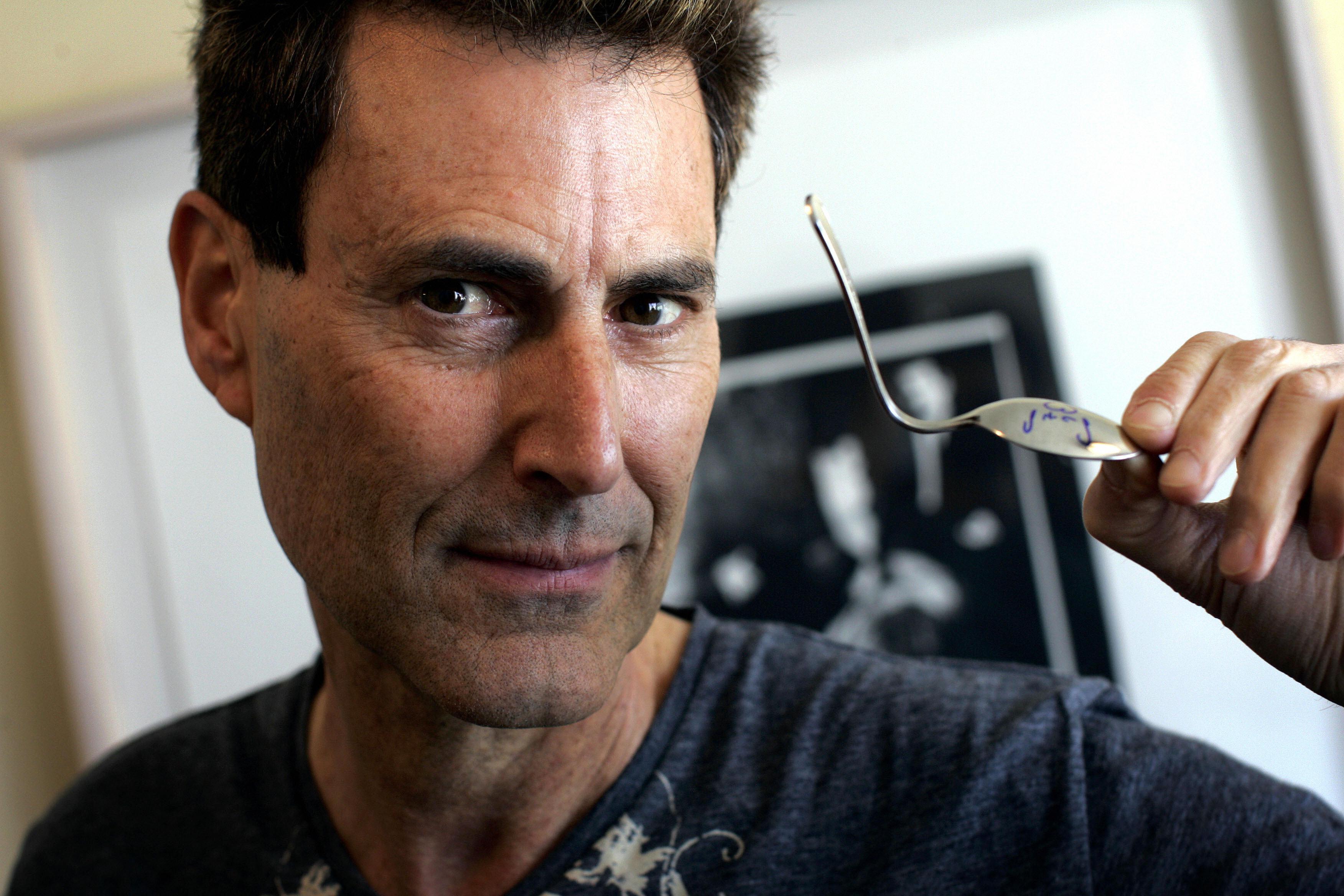 Some nice finds, too, to make it work! I love SHRAPNEL (as a word, not as a real life event), and STOPSDEAD is evocative.

I've never seen ORRISROOT in the puzzle before, nor was I aware of it specifically as a thing. Better was 4D: M.L.B.'s first Rookie of the Year (1947) (ROBINSON). I should have been able to intuit that from the year, but only on reviewing the puzzle did I understand the reference.