It's a whole new world. Harder-than-normal puzzles Monday through Wednesday. I could get used to this. Today I handed it to Frannie not just because I didn't get everything immediately, but because I genuinely had no idea what to do. I had put in "SlAp" for SWAT (36D: Whack), which left "lET_ELL" for 36A: Battery containing a liquid electrolyte" (WETCELL), and even though I guessed the C, I had some kind of block against the "wet" part. And to top it all off, I did not remember "The Lovely Bones" (THELOVELYBOXES (48A: Film about an elegantly made crossword? (2009))) as a movie, so that was just not making any sense. Luckily, she did not have such shortcomings. 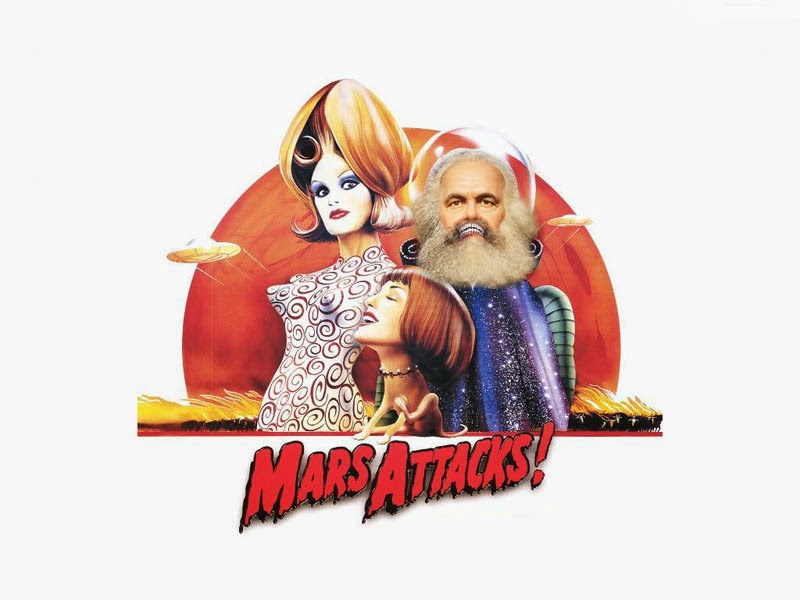 The silly Xed out movie title theme was amusing. Especially the first answer MARXATTACKS (17A: Film about a Communist invasion? (1996)). God that movie was awful.

LEVITATE (37D: Get off the ground) was nice, as was 56A: Licit (ALLOWED). It's always nice to see Latin clues. The rest is just a BLUR.