Boy, this one fell into line quickly. The first things I got were ANT (18A: Hill worker) and BOT (19A: Google worker), but soon bigger things started to come, like STEPHENJAYGOULD (52A: Evolutionary biologist who wrote "The Panda's Thumb"), which was a gimme. They could probably just have stopped at "Evolutionary biologist" and I still would have tried Gould. THISISSPINALTAP (14A: Classic 1984 film in which most of the dialogue was ad-libbed) took more crosses than it should have, but it eventually came, and then the whole top fell into place. Interesting that Sartre and Churchill were each once a PRISONEROFWAR. Churchill was a civilian reporter when he was captured in the Boer war, but escaped after just four weeks by vaulting over a wall and making his way to the train. Sartre, on the other hand, spent nine months as a POW before gaining release on the basis of his poor health. Quite a contrast. 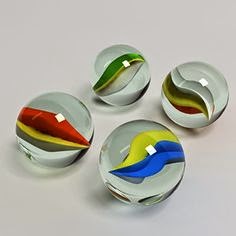 NONZERO (40A: Positive or negative) is odd, and REGLUED (36D: Fixed, as a model airplane) is downright poor. But there's not too much of that sort of thing.

Overall, I enjoyed it.