Trying for a good time on a Monday, I ended up making a hash of this one. I filled it in pretty quickly, I think, but I had so many things so completely wrong that my time nearly doubled by the time I had fixed it all. Oh well. So it goes, I guess.

As for the puzzle, now that I have it filled in properly, I think I'd like it better if the theme were never announced. Oh, that's too harsh. I guess it's cute enough, but it just seems a little random to have anagrams of WALDO in each of the theme answers. At least they are consecutive (unlike yesterday's minerals), and at least they are perfectly normal fill on their own. SUPERBOWLAD (17A: Expensive annual commercial) is somewhat timely (splitting the timeliness with LOVE (41A: Valentine's feeling)), and what New Englander doesn't enjoy thinking back on that recent contest? But Ms. Lempel won't let me bask in former glories, no. She pours COLDWATER on the fond memories by drawing attention to those who play in the MEADOWLANDS. Ah well… it was fun while it lasted. 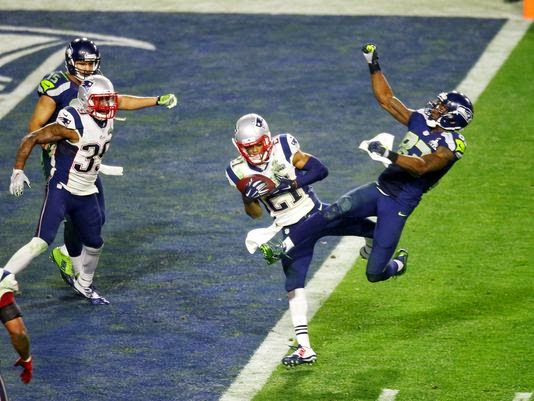 The fill is decent, with fairly chunky corners. COVETOUS (11D: Greedy), REMORSE (13D: Guilty feeling), and FALSIES (40D: Part of Tootsie or Mrs. Doubtfire's costume) are all good. And I also like OFLATE (1A: Recently), FRUMPY (2D: Dowdy), SYNAPSE (29A: Gap crossed by a nerve impulse), and PYRAMID (45A: Resting place for a pharaoh). It's a little odd that MONOTONE (36D: Droning speech quality) should appear again so soon, but that's not really a criticism. In fact, I have almost no real criticisms, as it turns out. So let's say Thumb's Up!