A solid Saturday puzzle, in my opinion. Lots of fun, interesting stuff in the corners: LEADSTORY (33D: It gets attention when it runs), LIMELIGHT (12D: Star's spot), SATELLITE (56A: Triton, to Neptune), and HYPERTEXT (61A: It connects two pages). ROSAPARKS (31D: She wouldn't take an affront sitting down) is a little troubling, because she was sitting down. Of course, that's the trick, I suppose. "Sitting down, she wouldn't take affront." 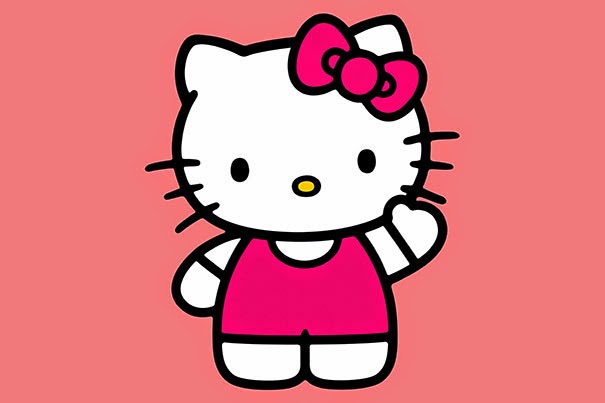 I loved ANTENNA (42A: Where the waves come in?), HELLOKITTY (39A: Animated character who's five apples tall), and RALPHNADER (31A: Who said "Power has to be insecure to be responsive"). I just took a class on security last term, and this statement seems right on. Security is a paradox, a pipe dream, even. The more secure you are, the less you are alive. To be totally secure is to be dead. Figuratively, or literally. Take your pick. And speaking of being dead and/or secure, there's lots of religious stuff on the bottom, with AMEN, BIBLE, and KNEELER.

As usual, there are a bit of less-than-ideal stuff, too. LESE (53D: Un crime de ____-humanité). We've heard of lèse-majesté, and I suppose it's just a small leap from there to imagine a crime against humanity, but before today, I'd never seen it. I suppose that's a good thing, though, right? Heh. UDINE (46D: Italian city near the Slovenian border) is a toughie. And MYERSON (21D: Former Miss America who ran for the U.S. Senate in 1980) is not someone I've ever heard of. RHOMB, too, is tough.

Overall, though, I found it a good challenge and a satisfying puzzle to finish.