It's all about NYC in the NYTX today. THEBIGAPPLE's (34A: Empire State Building locale ... or a hint to three letters in 16-, 19-, 52-, and 57-Across) locale gave me a little trouble at first, as I first thought "34th Street? ... 5th Avenue? ... How are they going to work either of those in?" But no, they went with the more general "NYC," which all theme answers contain. And they're all common enough. I particularly like DESTINYCALLS (19A: "I must do this") for some reason (even though it's rare that I like "quotation mark" clues), and TONYCURTIS (16A: "Some Like It Hot" actor) (no, not that kind of "quotation mark" clue...) makes me smile to remember an ongoing argument that I have with Frannie and one of my brothers as to who made the more attractive female. I used to favor Jack Lemon, but Rich liked Tony Curtis. I can't remember which one Frannie chose. 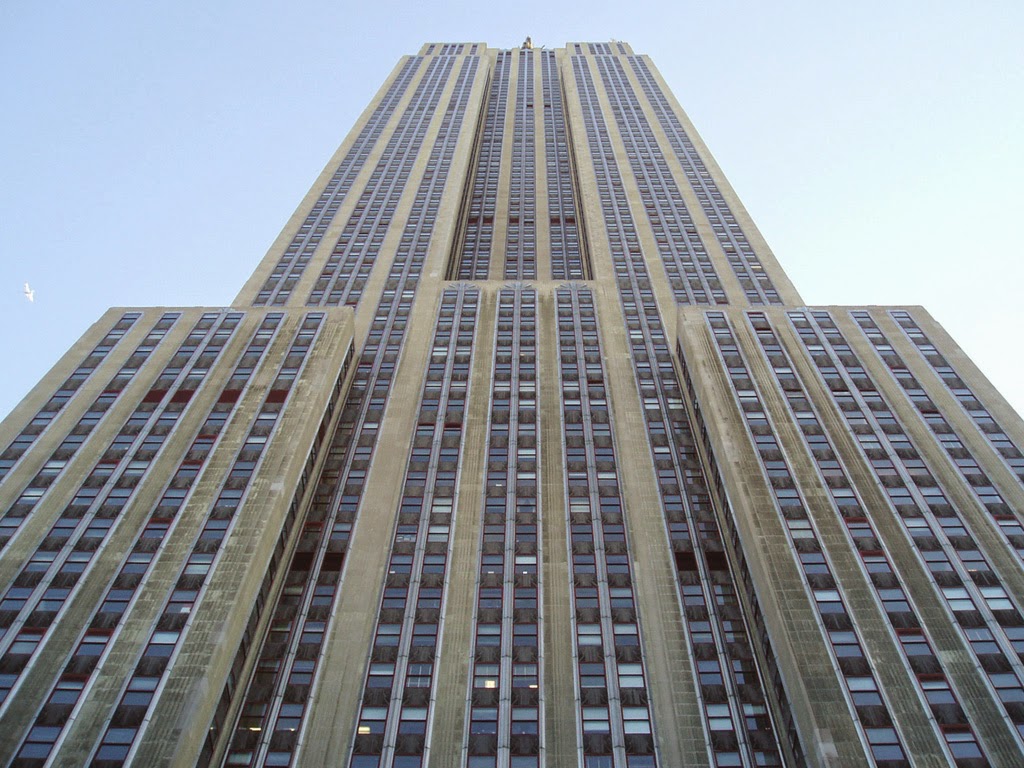 In non-theme material, I am happy to finally know the source of a phrase common to my youth WHATSMYLINE (23D: TV show that popularized the phrase "Is it bigger than a breadbox?"). I remember playing a version of "20 Questions" on long car trips, and we always started with that question. I just assumed it was something people said. And perhaps it was before the show, too, but everyone - or at least everyone over 55 - now associates it with that show. OK. Too much on that topic, maybe... Forgive me, I'm just getting back into this reviewing stuff...

Not too much junk today. A few too many proper nouns in the NE, maybe, but nothing too bad, I guess. I liked seeing AMY (21D: Tan who wrote "The Joy Luck Club") in the grid, and who doesn't like WAFFLES (38D: Dimpled breakfast items)?

Favorite clue: 47A: Aioli, mostly (VOWELS). Who else put "garlic" in right away?

A better Monday than usual, in my opinion.