Mr. Polin and I were on the same wavelength on this puzzle. I started with 1A: Hats for Indiana Jones (FEDORAS), and the NW was completed in seconds. I had no idea what 19A: 1984 #1 Billy Ocean hit was (CARIBBEANQUEEN), and even after filling it in, I still don't know that song. In fact, after listening to it on Spotify, I still don't know that song. Still, it was a #1, so that counts for something, I suppose.

In any case, without the long answer to give me entry into the NE, I thought it might take me a bit to get going. Instead, SPILLIT (again!) and SPONGEBOB opened it up nicely. Apparently a MONOSKI is like a snowboard, only both feet face forward instead of to the side. I very much enjoyed the LOUISCK quote. If something appears frequently enough in the NYT crossword, does that mean that it's past its cultural peak of significance? I hope not for his sake.

27A: Minor keys? (ISLETS) is cute, but according to Webster, a key is a small island, even perhaps just an islet in its own right. There were a number of exclamations in the grid, from the aforementioned "Spill it" to WHOA, ITSASTEAL, and AMSCRAY, which I love. 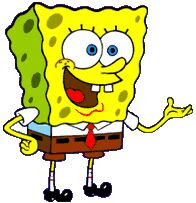 The other two theme answers, DOMESTICWORKERS and PREDATORDRONES are both passable long answers. The revealer is in an asymmetrical location at 60A (BEEHIVE), but it works for me.

Other answers I liked included DIVISOR, OSIRIS,  and LIMN (when was the last time you saw that word used?). EVANDER held an apposite spot opposite Mr. C.K. (in that they're both names). It's not good that 1D (FED) use the same three letters as the opening of 1A. SOI is a terrible partial, and PLAT is ugly, along with MHO and INE. But on the whole, these are small complaints.