Frannie and I worked on this together, and we were astonished to hear the music when we dropped in the second O in FOOTE (4D: "The Young Man From Atlanta" Pulitzer winner, 1995). I actually kind of got it accidentally, because I was thinking maybe Shelby Foote got a late Pulitzer, but  no... it was Horton Foote. Anyway, we weren't familiar with the RICOACT (17A: Mob law?), and Frannie had come up with "RIotACT," which we both loved, so it was hard to let that one go. Of course, NBCNEWS (3D: "Dateline" group) didn't work as NBoNEWS. 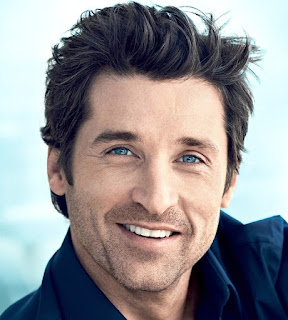 Let's talk about the good stuff first. RAGEQUIT (8D: Leave an online game in a huff) is excellent, and nearly worth the price of admission. OINKED (42A: Was piggish, say) was funny. BASSALE (24D: Its logo was the U.K.'s first registered trademark) is some excellent trivia, and 1D: What an ace is rarely seen on (PARFIVE) was great, once I finally got it!

But there are also some troubling spots. My least favorite entry was HITAT (54A: Try to swipe). If it had been clued as "try to hit" and answered by "swipe at" I would have liked it more. As it is, it doesn't make sense to me. Colum, who happens to be visiting today, explained SASE (50A: Slush pile item, for short) by telling us that a "slush pile" is the pile of unsolicited manuscripts sent to an editor. DESTINE (40D: Foreordain) is stretching things. You mostly just see "destined" or "destiny." It looks odd in that form. And another thing, I don't love PONYCAR (62A: Mustang, e.g.). Is that a thing? And who is EAZYE?

But that was the worst corner, and overall, I enjoyed the challenge of this puzzle. I was just saying to Frannie today that I love that we can still have so much trouble with a puzzle. I mean, we looked at this over coffee. Then looked at it again mid-morning. Then had to put it down and look at it again, with another coffee, before at last we figured out 1D and finally put this thing to bed.

Whew! I'll give it a thumbs up, but I won't overly ENTHUSE about it.